Hello everyone! Today I am excited to share the Design Team cards I made for Shopping Our Stash challenge #480, where we want you to create a project using a leaf or leaves. I am still really enjoying the techniques I learned over at Altenew Academy Beyond Basic Backgrounds class so decided to use a die to create my own stencil and ink blend a card. I also decided to use the dark pink, pink and light green color scheme of Altenew's September Inspiration Challenge on one of the cards. 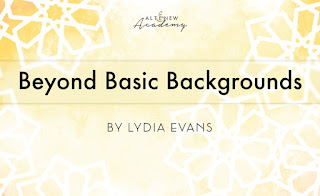 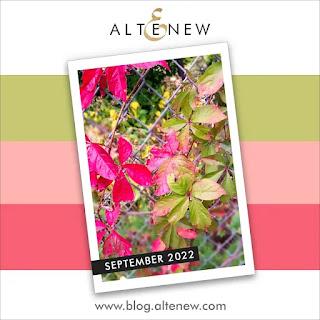 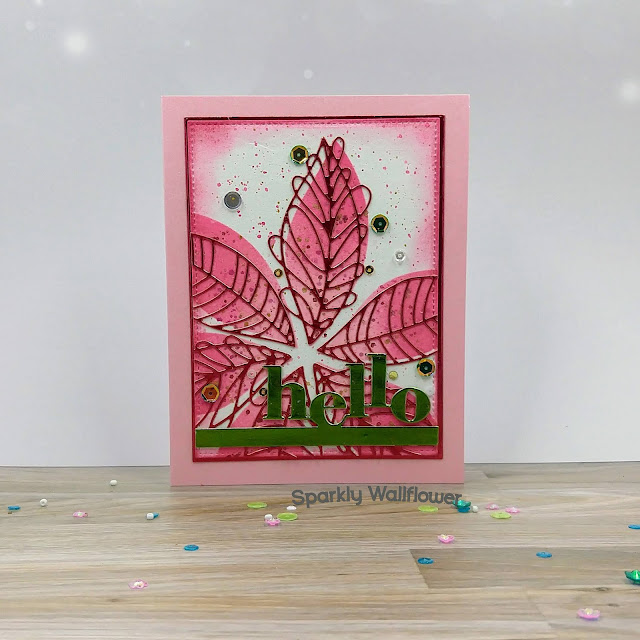 This card was made second, but I am sharing it first as it was made with the Altenew September challenge color palette. While I used the same DIY stencil used in the next card, I will explain it here first even though I went through the steps with the other card. To begin, I die cut a piece of scrap cardstock and a piece of watercolor paper with the second-largest stitched rectangular die from Gina K Design's Master Layout 2 die set, and then used a solid leaf die from Altenew's Leaf Mix die set to cut multiple leaf sized holes out of the lower right corner of the scrap cardstock die to create a DIY stencil to ink blend with. I then taped the two panels together with the scrap cardstock stencil on the top and ink blended the panel with Altenew's Frosty Pink ink in the center, Altenew's Coral Berry in in the middle of each leaf, and Catherine Pooler's Party Dress and ink on the outer edges of each of the leaves. I then splattered some gold, pink and red watercolor from the Gansai Tambi Gem Colors watercolor set onto the leaves. After the watercolor splatters had dried, I removed the stencil and put it aside. I then die cut 6 leaves out of red metallic paper from Idea-ology's Tim Holtz Jewels Metallic Kraft Stock--three leaves out of a die from Altenew's Leaf Mix die set and three leaves using a die from the Tropical Leaf Mix set. They were glued a little off-set from the ink blended leaves. At this point, I went back and ink blended around the edge of the watercolor panel with leftover ink on the foam ink blender used to ink blend the leaves. I then splattered more of the gold watercolor from the Gem Colors watercolor set plus some of the Coral Berry ink mixed with water over the whole panel. As the splatters dried, I die cut a piece of green metallic paper from the same Jewels Metallic Kraft Stock and a scrap piece of cardstock using Altenew's Tiny Sentiments: Hello Die and glued the two layers together for dimension. The sentiment was then glued onto the panel. 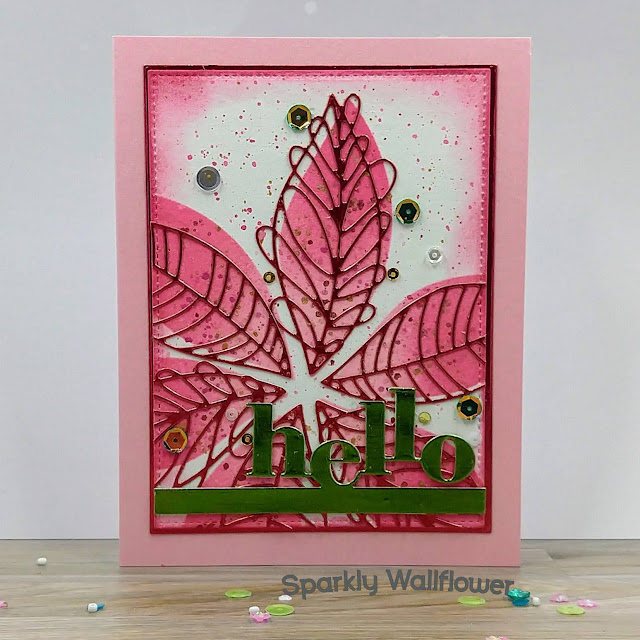 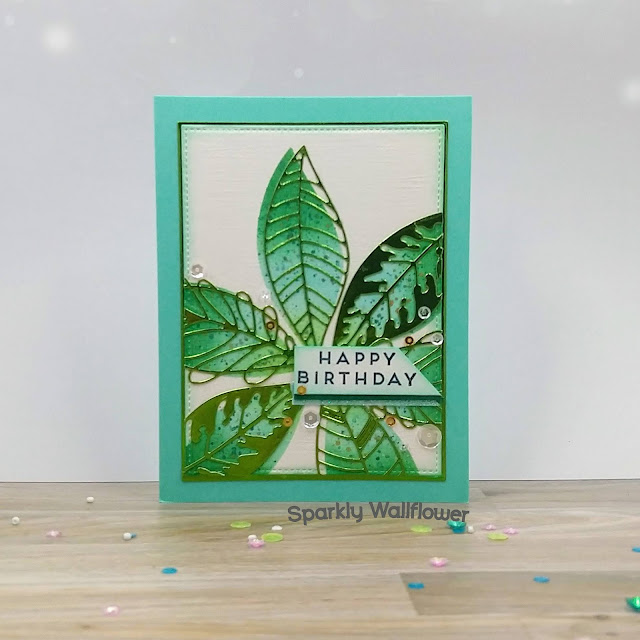 As I said before, this card was made first. To make sure that the green and blue inks didn't get blended in with the pinks and reds, I had flipped the stencil when making the pink card so you saw the reverse stencil pattern as this first card. But other than that this card was made in a very similar fashion. The leaves were ink blended with Gina K's Applemint ink in the center, Salvaged Patina Distress Ink in the middle of the leaves, and Catherine Pooler's Sea Glass ink on the outside. On this first card I decided to keep the ink blending and splattering to just the leaves for a cleaner look, but did lightly blend the very edge of the panel with more of the Salvaged Patina Distress Ink. This time I did use three different leaf dies instead of two and were die cut out of green metallic Tim Holtz Jewels Metallic Kraft Stock as was the matte layer of the panel. The sequins came from Catherine Pooler's Crater Lake and Vegas, Baby! sequin mixes. 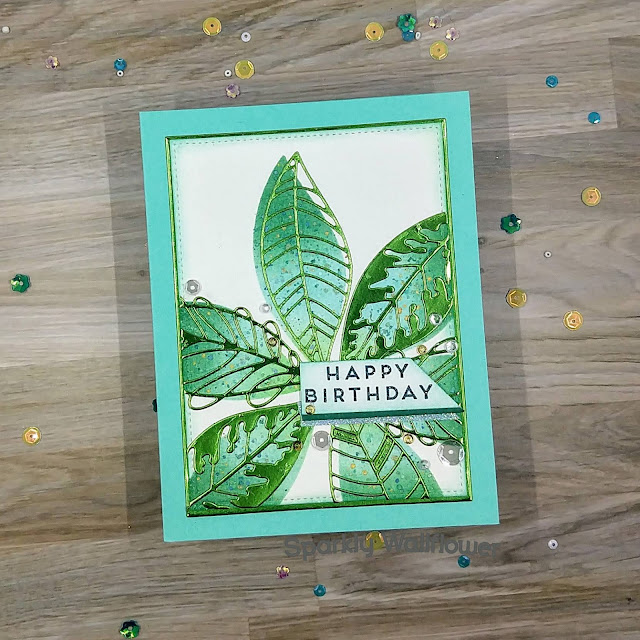 The sentiment came from Ink Road Stamps' Lit AF stamp set, stamped with Twilight VersaFine Claire ink and heat embossed with Ranger's Holographic embossing powder on watercolor paper. The sentiment was trimmed with my paper trimmer, and then ink blended with more of the Salvaged Patina Distress Ink. A strip of watercolor paper directly inked with more Catherine Pooler Sea Glass ink was glued behind the sentiment, along with some scrap cardstock to create a second layer behind the sentiment for dimension. Before gluing the whole thing down, I roughly tore a piece of light blue glitter washi tape and added it to the card and glued the sentiment down just above it. The whole card panel was then glued onto a light blue A2-sized card base.

We hope that you are able to join us for our challenge over at Shopping Our Stash and thanks for reading!