Hello friends! Over at Crafty Hazelnut's Patterned Paper Challenge, the only rule is to use your patterned paper. As always, I try to make sure that my design team card really showcases some amazing patterned paper. I recently went to a sale at my local craft store and scored some really pretty coffee cup cardstock and decided that this paper needed to be shown off! 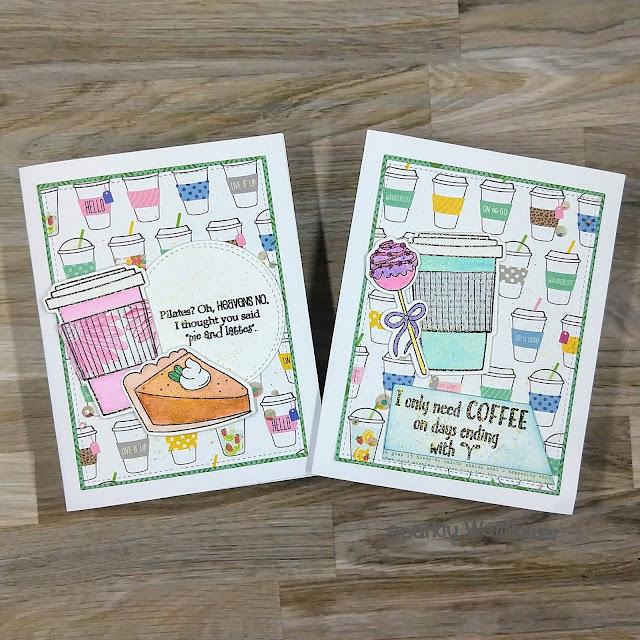 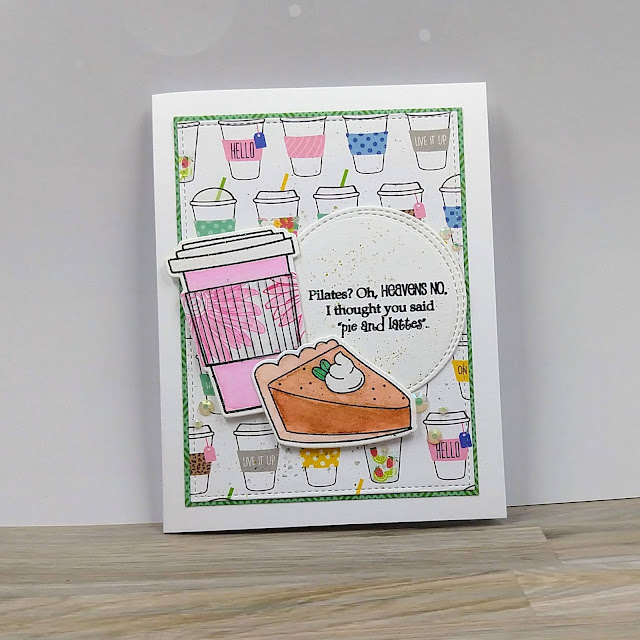 This card started out with the fun background patterned paper--die cut with  Gina K Design's Master Layout 2 die set. The largest rectangular die was used to cut the reverse (green) side and the second largest rectangular stitched die was used to cut the side of the paper with the coffee cups. I glued the two layers together and then splattered some gold and green watercolor from Gansai Tambi's Gem Colors watercolor set over the panels and then set them aside to dry.

Next, I stamped the traveler cup and pie images from Honey Bee Stamp's Treat Yo Self stamp set with Nocturne VersaFine Clair ink on watercolor paper and then heat embossed the images with Ranger's Holographic embossing powder. I also stamped a small piece of a leftover gift bag (with pink flowers) in my stash with more of the Nocturne ink and then heat embossed with Holographic embossing powder again. All of the stamped images were die cut with the corresponding dies from Gina K Design's Master Layout 2 die set. I then fussy cut out the gift bag paper version of the cozy/sleeve and glued it over the watercolor paper stamped image. The flowers were then colored in with a couple of pink Zig Clean Color Real Brush Markers. Using some of the same pink marker mixed with water and some of the pink from the Gansai Tambi Gem Colors watercolor set, I watercolored in the coffee cup and then added some sparkle to the lid with a Clear Wink of Stella pen. The pie was watercolored with brown Zig Clean Color Real Brush Markers mixed with water and gold watercolor from the same Gem Colors watercolor set on the crust and pie. Again, I added some sparkle with the Clear Wink of Stella pen and I colored in the mint leaves with a green marker.

The sentiment from Rubbernecker Stamps' Caffeine Set stamped on more watercolor paper with the same combination as both of the other stamped images: Nocturne ink and Holographic embossing powder. I then die cut the sentiment with a smaller stitched circular die in my stash.

Using some scraps of cardstock, I added some layers behind the sentiment, the pie and the coffee cup: 2 for the sentiment, 3 for the coffee cup and 4 for the pie so they would lay on top of each other and provide dimension. I then glued the sentiment to the card panels and  splattered the whole card panel one more time with gold watercolor from the Gem Colors watercolor set. The coffee cup and pie were the glued to the panel. The Ton Stamp's Pale Yellow Opaque Rhinestones Mixed Gems were glued to the card around the pie, cup and sentiment. To finish the card, the whole thing was glued to an A2-sized white card base. 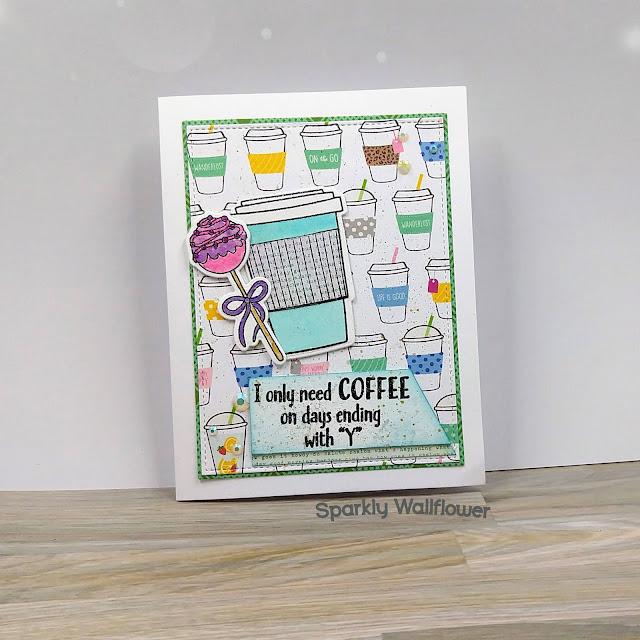 This second card was created in a similar fashion as the first. This time, the coffee cozy/sleeve was created using a piece of typed patterned paper in my stash, and the sentiment was trimmed in my paper cutter instead of die cut. You can see the same typed patterned paper peeking out of the bottom of the sentiment. I ink blended around the sentiment with the leftover ink in one of my ink blenders. Finally, the cake pop from the same Honey Bee Stamp's Treat Yo Self stamp set was watercolored in with the Gansai Tambi Gem Colors watercolor set except on the ribbon of frosting and the dots, which were colored in with pink markers. 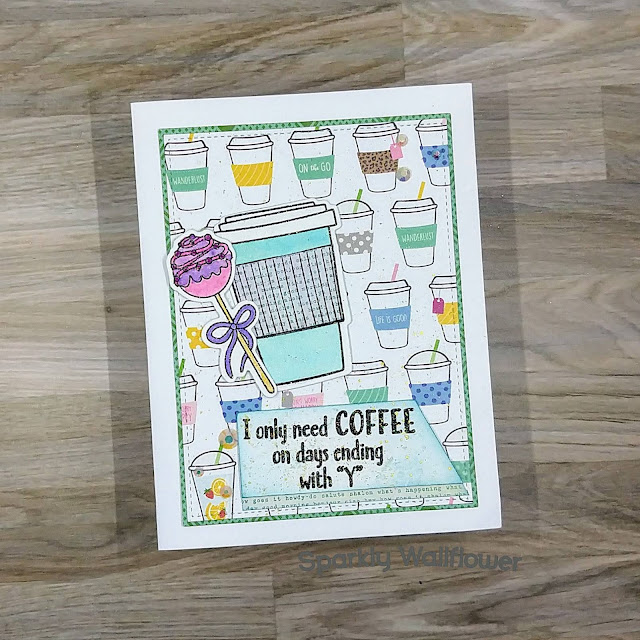 Thanks for reading! We hope that you can join us this month at Crafty Hazelnut's Patterned Paper Challenge.