Hello friends! Today cards were created for Try Stampin' on Tuesday's sketch challenge #554 and will soon be sent out to seniors through one of my favorite card donation organizations: Bring Smiles to Seniors. I know that this may seem repetitive--many of the cards I make go to them, but my goal is to send at least 300 to them throughout the year. 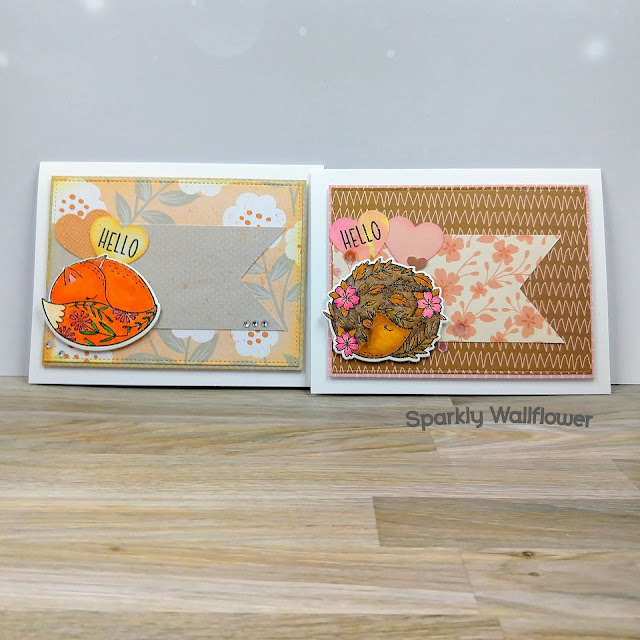 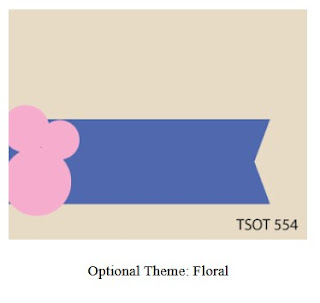 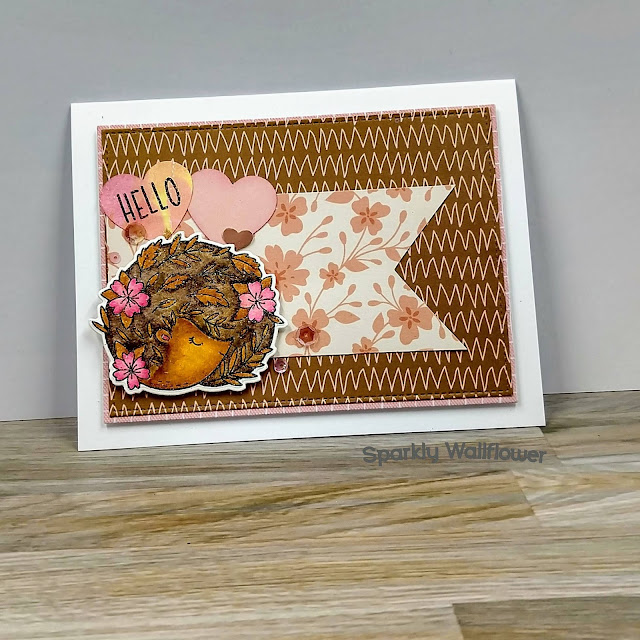 So I went to Jury Duty this week, and came prepared with some images to color, including the two cute animals featured on these cards. This cute hedgehog from Penny Black's Hugs and Cuddles stamp set was stamped onto a piece of watercolor paper with VersaFine Clair Nocturne ink and heat embossed with Ranger's Holographic embossing powder. Later (at the courthouse) I colored it in with a few different brown and pink Zig Clean Color Real Brush Markers. After returning home, I cut it out with the corresponding die from the Penny Black's Hugs and Cuddles die set.

Next, I worked on the background. I die cut two pieces of patterned paper from the Paige Evans' Bungalow Lane 12 x 12 paper pack with Gina K Design's Master Layout 2 die set--a pink graph paper that was die cut with the largest rectangular die from the set, and the brown and pink paper that was die cut with the second-largest stitched rectangular die. The two layers were glued together and set aside to dry.

Then I worked on the other elements on the card. The wide fishtail strip of floral paper was created by cutting a 2" strip of paper from the Bungalow Lane paper pack and then cutting a fishtail on one side. I then used my Ek Tools’ Confetti Hearts punch to cut out some hearts. I ended up using the largest heart twice--once where I punched out a piece of pink cardstock and once die cutting a heart from a leftover gel press pull. After all of the punching, I stamped a hello sentiment from Pink & Main's Hey Honey stamp set on the gel press pull heart with more of the VersaFine Clair Nocturne ink and then heat embossing with Ranger's Holographic embossing powder. I also ink blended the edges of the pink heart with some residual pink ink on one of my ink blenders. 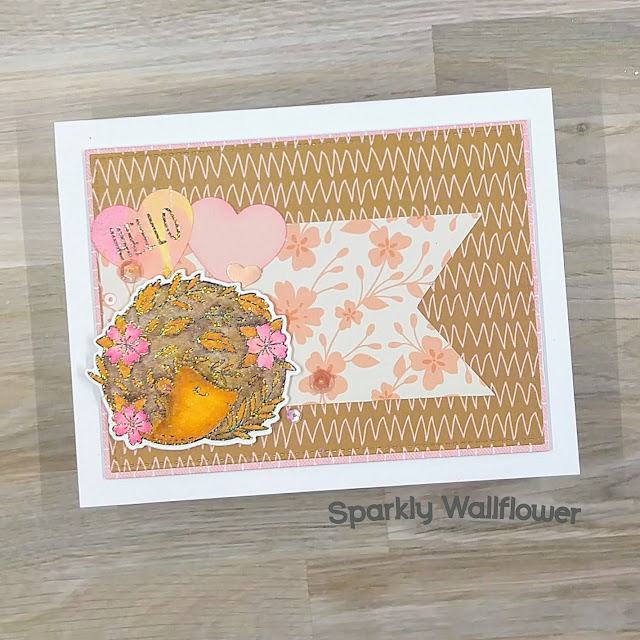 To assemble the card, I glued the fishtail banner onto the left side of the top panel. The large hearts were glued next towards the top of the banner to mimic the sketch. I then attached the hedgehog on the bottom left corner of the fishtail banner with Altenew's Instant Dimension Foam Tape. I then decided to tuck a heart punched out of Matte Metallic cardstock from Sizzix's Rose Gold Opulent Cardstock with the Confetti Hearts punch on top of the pink heart. To finish the card, I added some sequins from Catherine Pooler's Providence sequin mix and then attached the whole panel to an A2-sized white card base with Altenew's Instant Dimension Foam Tape. 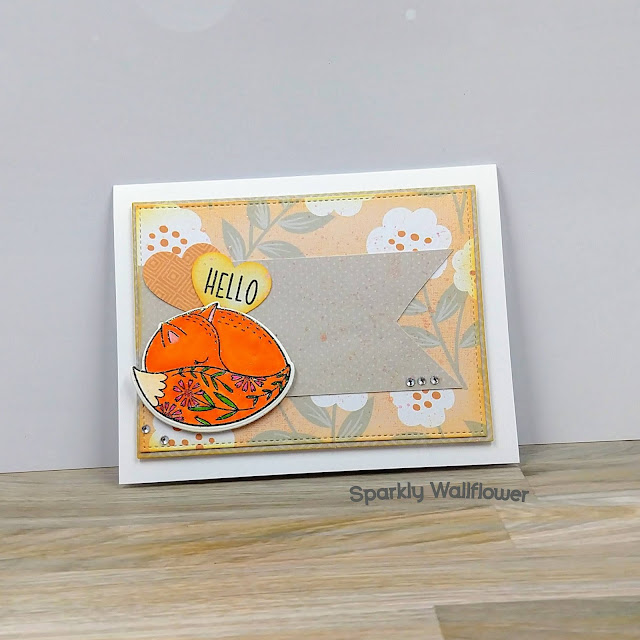 This card was made in a similar fashion with a few small tweaks. Since I was adding a fox to this card, I decided to go with orange for my background panels. All of the patterned papers came from the Park Lane's Sunshine & Rain paper pack. After attaching all of the layers of patterned paper together, I ink blended a very very light gray of patterned paper from the paper pack with residual light orange ink on one of my ink blenders. After all of the elements (the fishtail banner, the hearts, the fox) were attached to the card panel, I mixed some pink and orange Zig Clean Color Real Brush Markers with Technique Junkies' Iridescent Shimmering Bliss Topper and splattered them onto the card panels. I also decided to ink blend with the same light orange foam blender around the edge of the card panel. 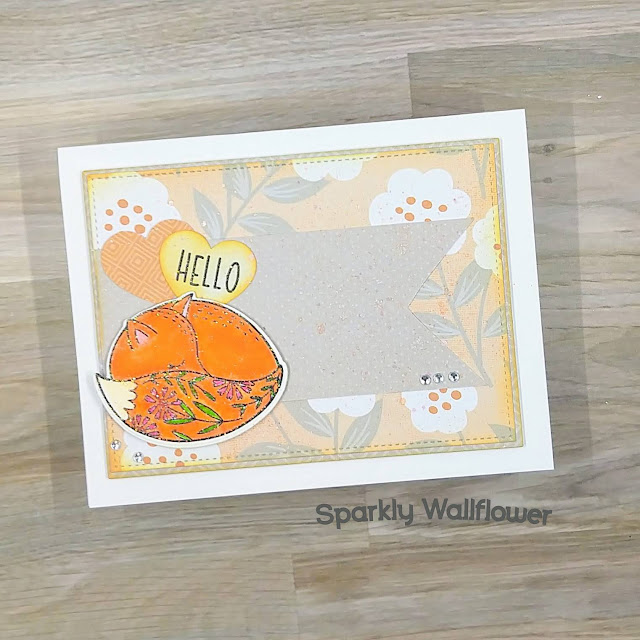