Hello friends! We  have a new challenge (#541) over at the Try Stampin' on Tuesday Challenge blog and hope that you can join us. I was inspired to make a couple of cards with the sketch. The first card uses the optional theme of red, pink and gold, and the second card has a purple and copper color scheme. 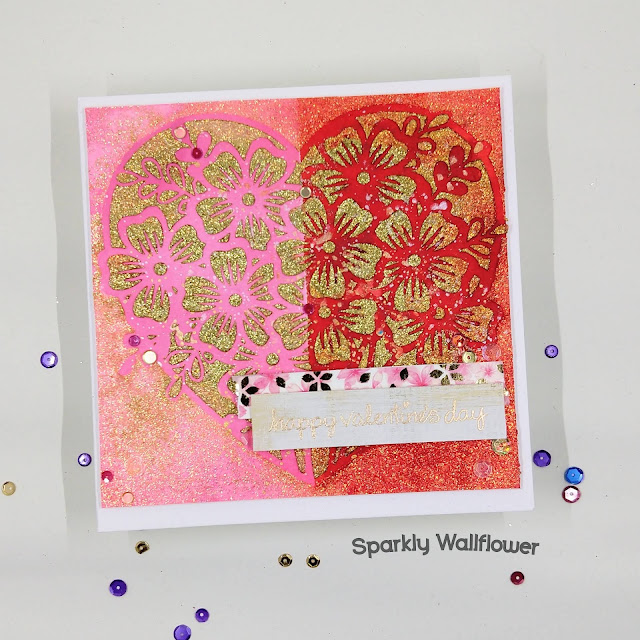 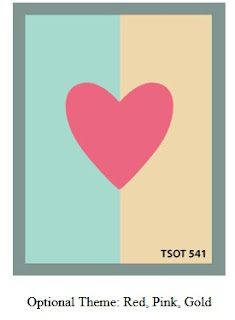 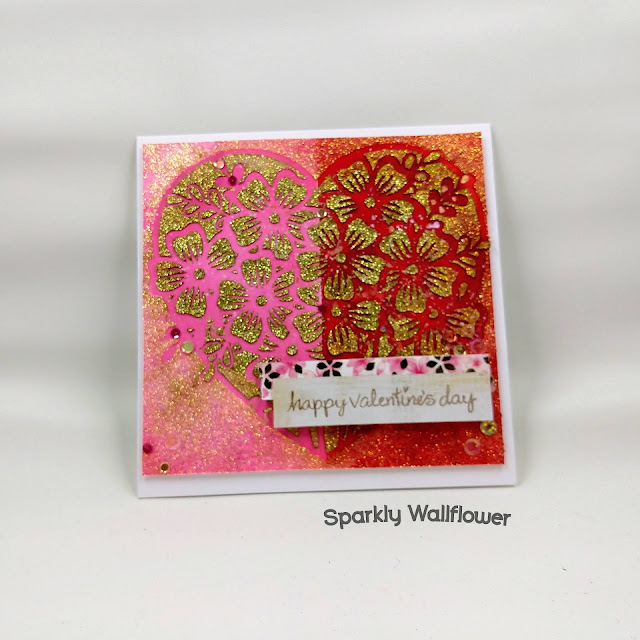 This card started with a larger card base than I usually use-a 6 x 6 inch card to accommodate the stencil that I wanted to use as a focus. I trimmed a piece of watercolor to be slightly smaller than the card base but large enough to accommodate the stencil and masked half of the card to spray Dragons Blood Shimmering Bliss spray from Technique Junkies and let it dry. Then I switched the masking to cover the red half of the watercolor paper to ink blend some Worn Lipstick Distress Oxide on the other half. Then I added some gold Glitz Glitter Gel from Gina K through the Heart of Flowers stencil from Picket Fence Studios and then some iridescent Glitz Glitter Gel on the outside of the card. I removed the stencil and allowed all of the glitter gel to dry.

After the gel had dried, I trimmed the panel to be just a little larger than the stencil and then attached it to a 6x6 card with Altenew's Instant Dimension foam tape. Gold watercolor from my Gansai Tambi Starry Colors set were splattered across the card panel.

Next, I stamped the sentiment from Lawn Fawn's My Silly Valentine stamp set and heat embossed it with gold embossing powder from Ranger on patterned paper and then  trimmed the paper to be just a little larger than the sentiment. I then attached a piece of pink and gold floral washi tape onto a piece of scrap paper and trimmed it to the width of the washi tape. 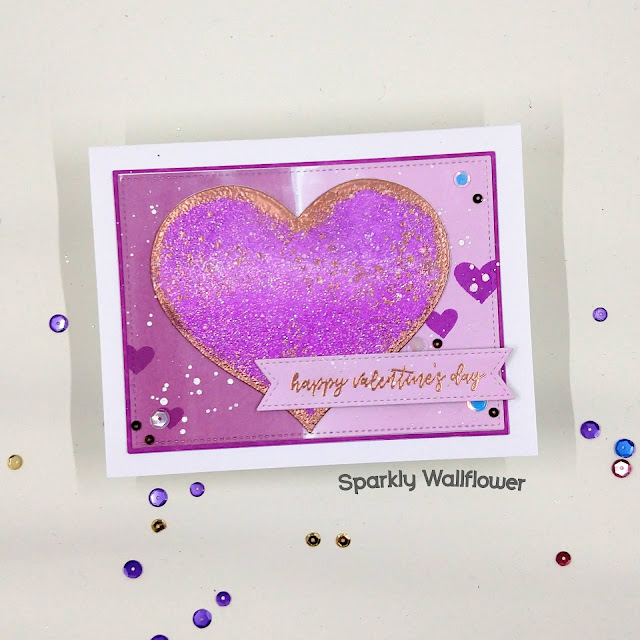 This card features a piece of patterned paper that has two different colors of purple that already mimics the sketch so it made making this card so easy! I die cut the background panel with the second-largest stitched die from Gina K's Master Layout 2 die set. I glued it to two additional layers of scrap cardstock that I had cut with the same die for dimension. Then I die cut a piece of patterned paper with the largest die from the Master Layout 2 die set and again cut two additional layers of paper so that I could glue the three layers together for dimension. After this matte layer had dried, I added Flirty Fuchsia Catherine Pooler ink along the border to enhance the purple and let it dry again. Then I glued all the layers of the background panel together and set them aside to dry.

The heart was created by ink blending Catherine Pooler Flirty Fuchsia on the bottom of the heart and Catherine Pooler Pixie Dust ink on the top and then heat embossing the whole thing with Holographic embossing powder from Ranger. I then repeatedly stamped what would become the heart with the splatter stamp and heat embossed again with Copper embossing powder. I then die cut the heart with a heart die in my stash and then added copper around the border of the heart. Two additional layers of scrap paper were cut with the same heart die and again they were all glued together for dimension.

As the heart die cuts dried, I stamped and heat embossed the sentiment from Altenew's Love Letter stamp set with Copper embossing powder on another piece of the same purple paper used for the background. The sentiment was die cut with the larger stitched flag die from the Master Layout 2 set.

To assemble the card, I stamped some of the hearts from the Altenew Love Letter stamp set with the Flirty Fuchsia ink on the panel and then glued the heart die cut onto the center of the panel. The sentiment was added next using a combination of liquid glue and Instant Dimension foam tape.  Then I splattered some white gold from the Starry Colors watercolor set onto the panel. To finish the card, I glued sequins from the Cincinnati sequin mix from Catherine Pooler. 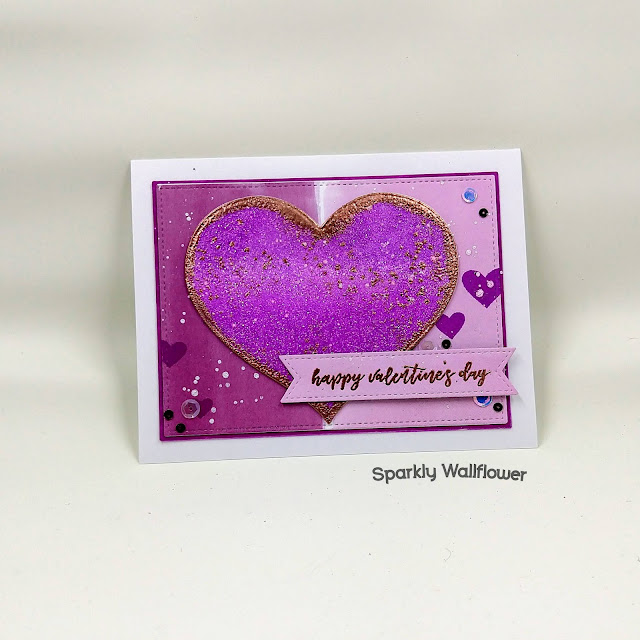 We hope that you come and join us for this challenge over at Try Stampin' on Tuesday. Thanks for reading!