Hello friends! Today's cards were inspired by a few challenges: Inspired By...Colorful Fall (#IB188), The Paper Players Sketch Challenge #560, and Global Design Project #311. I really enjoyed pulling out some supplies that I hadn't used in a while and to keep using my patterned paper (one of my crafty goals this year). 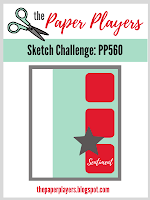 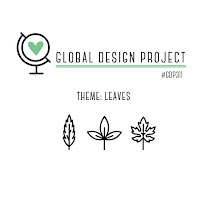 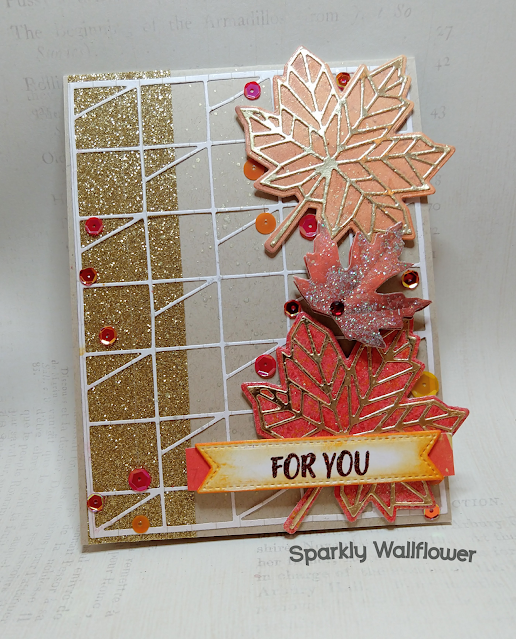 I started the card by creating the leaves. I found three different patterned papers in my stash and sprayed each of them with some different colors of Technique Junkies' Shimmering Bliss spray--Mixed Metals on a brown piece of paper, Wine Stain on another piece of paper, and Just Squeezed on a third piece. After they had dried, I used the solid leaf die from a two piece leaf set in my stash to cut out some maple leaves. Then I die cut gold foil paper using the top die 3 times. I glued the two layers together on each leaf and let them dry.

Then I started to assemble the card. I added 2 pieces of gold sparkly washi tape down the left part of the card and then glued the white patterned paper that was previously cut with the cover plate. Next, I added foam tape behind two of the leaves (orange and red) and then added them to the card. (I decided to hold onto the brown leaf for the next card.) I then glued a dimensional sticker leaf sticker in between the two other leaves to mimic the sketch. I then added more foam tape (1-2 layers) behind the sentiment and then added it to the card. Finally, I glued some sequins around the card and then splattered some gold watercolor across the card. 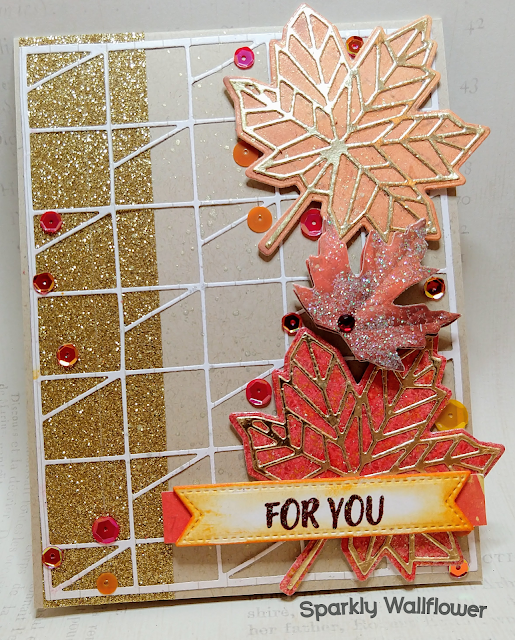 This card was made in a very similar way as the first card. I die cut a piece of yellow patterned paper with the Canyon Mini Cover Plate die. I then ink blended some Spiced Marmalade ink around the edges of the white A2-sized card base. I then ran the Ground Espresso around the edges of the card base to create a border. Next, I glued the die cut Mini Cover Plate paper onto the card base. I then added the third leaf I had made originally made for the first card with foam tape. 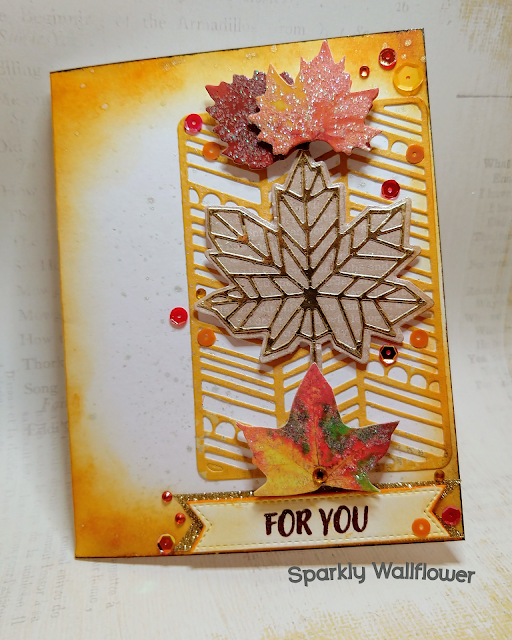 Then I added two dimensional leaf stickers (one above and one below the die cut leaf). Next, I cut a piece of gold washi tape a little larger than the sentiment die and then cut the ends to mimic the flag die. I then added foam behind the sentiment and added that on top of the washi tape. I then glued sequins and added gem stickers and finished up the card by splattering gold watercolor across the card. 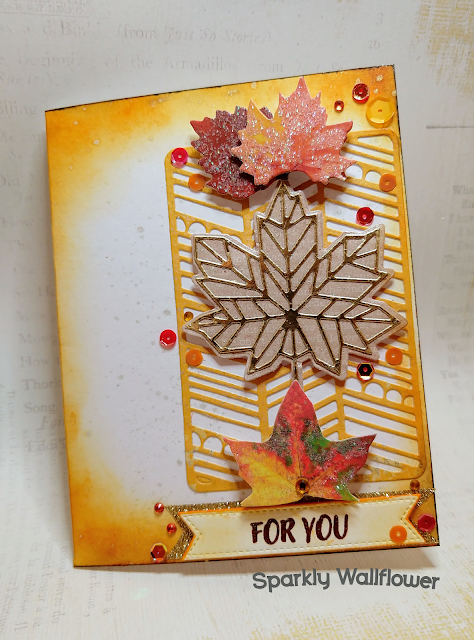