You Have Fabulous Style

You Have Fabulous Style

Hello friends! Today's card was so fun to make. I had a piece of "wild" paper in my stash waiting patiently for a very specific challenge and finally found them: Paper Craft Crew's Sketch Challenge #441 and the TGIF Challenge #331. 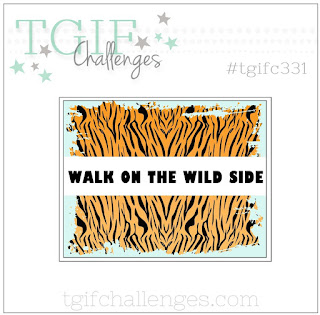 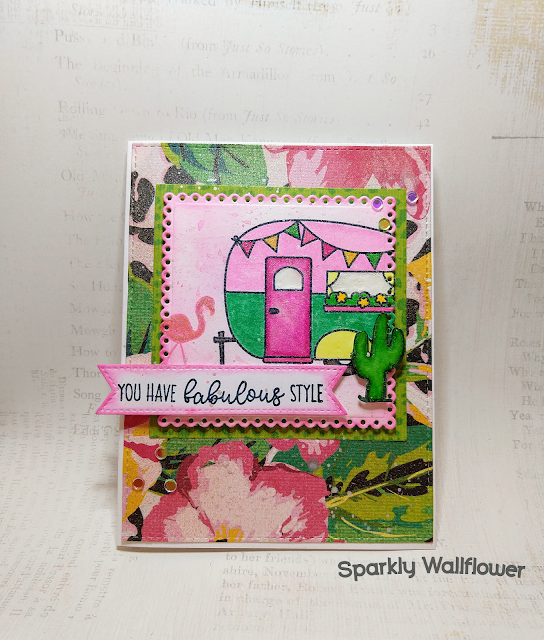 To make this card, I started by stamping the trailer with Twilight ink, the flamingo with the Kitsch Flamingo Distress Oxide, and the cactus with the Rain Forest ink and then heat embossed all of them with the Holographic embossing powder. I then colored all of the images in with the Zig markers. I fussy cut out the cactus and then die cut the flamingo and trailer with one of the square die cuts. I added some Diamond Glaze on the windows of the trailer and over the cactus and added some sparkles with the Gelly Roll marker to parts of the trailer. I then ink blended around the edge of the square with the Picked Raspberry ink. I set all of these aside to dry. 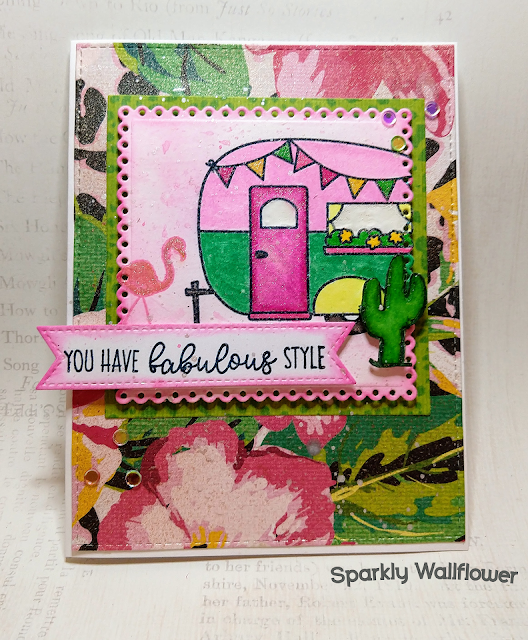 I die cut a piece of the floral and cheetah print paper with an A2-sized rectangular die and the reverse of that paper (green pattern) with a square die cut that was slightly bigger than the die used for the main stamped image. I sprayed the pink paper with the Frost and Harvest Sunset sprays and let it dry.

To assemble the card, I glued the green square paper to the pink background panel, and then added the square with the trailer to the green square with foam tape. I used foam tape to attache the sentiment and the cactus (with a second layer of foam tape where the sentiment directly touched the pink background paper). Next, I splattered Picked Raspberry ink mixed with water as well as white gold from the Starry Colors set randomly across the square panel. Finally, I added some sequins from Trinity Stamps onto the panel to mimic the sketch and attached the whole thing to a white A2-sized card base. 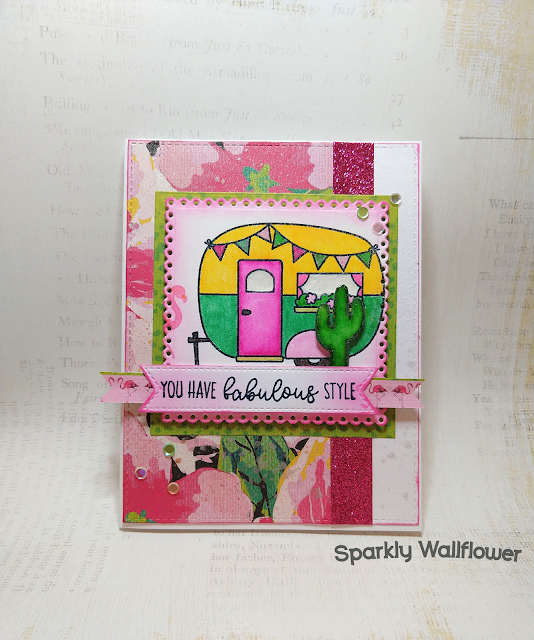 Bonus card: This card was very similar to the first, but I had to add a second layer of paper to the cardbase as I ran out of the pretty, wild background paper. I die cut an additional piece of white cardstock with the same A2-sized rectangular die and glued the remainder of the panel on top. I added a piece of dark pink washi tape over the place where the two layers of paper came together. In addition, I ended up directly stamping more of the Picked Raspberry ink around the edge of the whole background panel. Finally, I added a strip of the same patterned paper's border (flamingos) behind the sentiment because who can have enough flamingos? (I had planned on doing this on the first card, but totally forgot to do so until it was too late.)