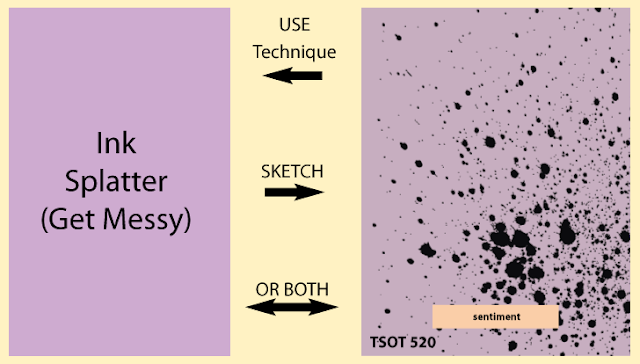 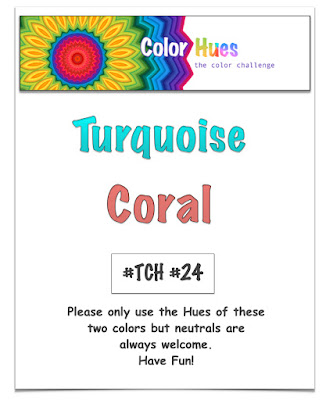 This card started with the three flowers that were created with Concord &9th's Fresh Cut Florals Dies-edition 3 set. I used a piece of coral (and a little pink) alcohol-inked Yupo paper  as well as a piece of patterned paper that I sprayed with Miami Vice Shimmering Bliss spray from Technique Junkies to make three flowers. After die cutting out the Yupo paper, I heated the edges of each layer to melt and curl them. Then I glued the layers together and let them dry. Then I added some light blue and clear gems from Honey Bee Stamps to the center of the card. I added some additional layers of the turquoise patterned paper behind both of the pink flowers for leaves and a stem from the same die set behind the blue flower cut out with gold cardstock from my stash. Again, I set them aside to dry.

Meanwhile, I used the dot? embossing folder from the Let's Wander embossing folder set twice: once on a white piece of cardstock that I used for the base of the card as well as on a piece of scrap clear plastic from some packaging. (This scrap plastic was then colored with more Coral and Baja Blue
Piñata Alcohol Ink as well as some Alcohol Ink Mixatives from Ranger in Snow Cap and Rose Gold. After the alcohol ink dried, I used a circular die cut to cut it out.) Then I die cut out the Thankful sentiment from Simon Says Stamp and CZ Design from gold cardstock. 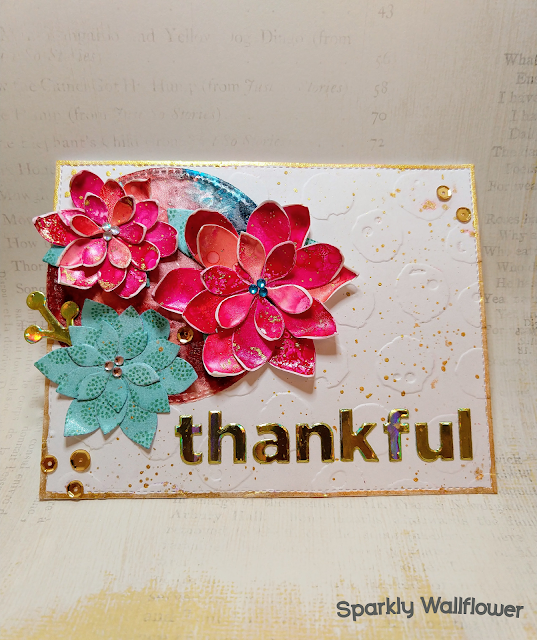 To assemble the card, I glued the circle of alcohol-inked plastic to the top left part of the card panel and then glued both the larger pink and blue flowers directly onto the circle. Next, I added the smaller pink flower to the circle with some foam tape to add a little dimension and help it stand out. Then I used the negative part of the Thankful sentiment to help make sure that the sentiment's letters were equally spaced and straight and then glued the letters to the panel. Next, I splattered the panel with  red gold watercolor from the Zig Gansai Tambi Starry Colors set. I also decided to paint the border of the panel with more of the red gold watercolor. After that dried, I added a few gold sequins from my stash onto the panel. Finally, I glued the whole panel to a white A2-sized card base. 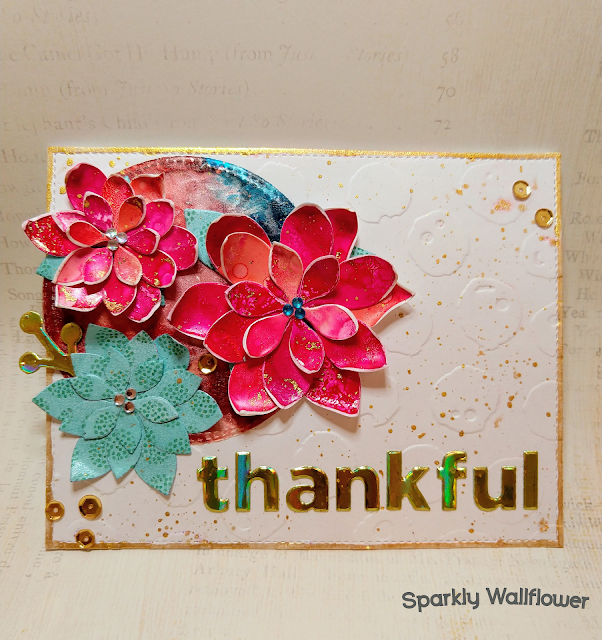 Card #2: This card was created with similar elements, and wanted to share it. It doesn't have the plastic circle, nor the Honey Bee Stamps gems.  I used a background die in my stash on a piece of white cardstock and sprayed with Hero Arts's White Iridescent Shimmer Spray. The sentiment was from an ancient Penny Black stamp (from 2004!) that I stamped and heat embossed with Wow! Embossing Powder in Metallic Gold Sparkle. 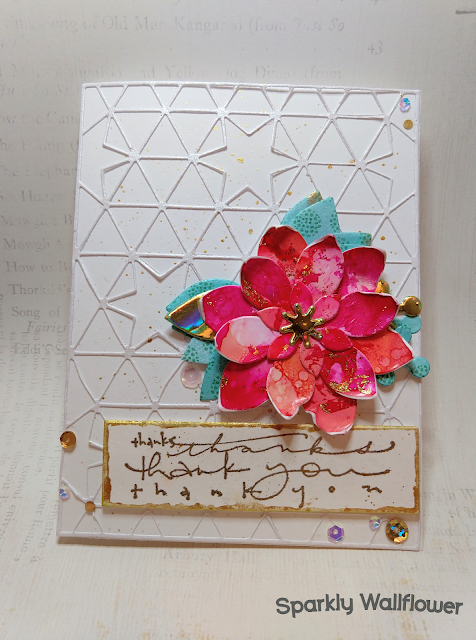 After cutting the sentiment with a rectangular die, I painted the edges with gold watercolor from the same Starry Colors set I used on the first card. To assemble the card, I glued the background die cut onto a white A2-sized card base and then glued a few layers of leaves and stems from the Concord & 9th Fresh Cut Floral die set created with the same turquoise patterned paper and gold card stock. Then I added another coral flower with foam tape to add dimension. Next, I splattered more of the gold Gansai watercolor over the whole card base. Then I added the sentiment with more foam tape. To finish the card, I added some sequins from Catherine Pooler's Vegas, Baby! sequin mix. 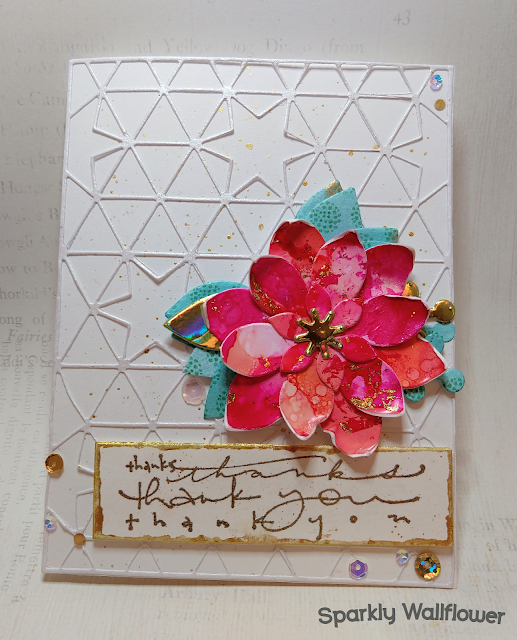