Hello friends. This month's Altenew color challenge parameters are light blue, brown and yellow. Yet again, a challenge made me try something that I wouldn't have considered, and I was so glad that it did! I decided to use Altenew's Moroccan Mosaic stamp set as a background and Leaf Canopy stamp and die as the focus of this card. 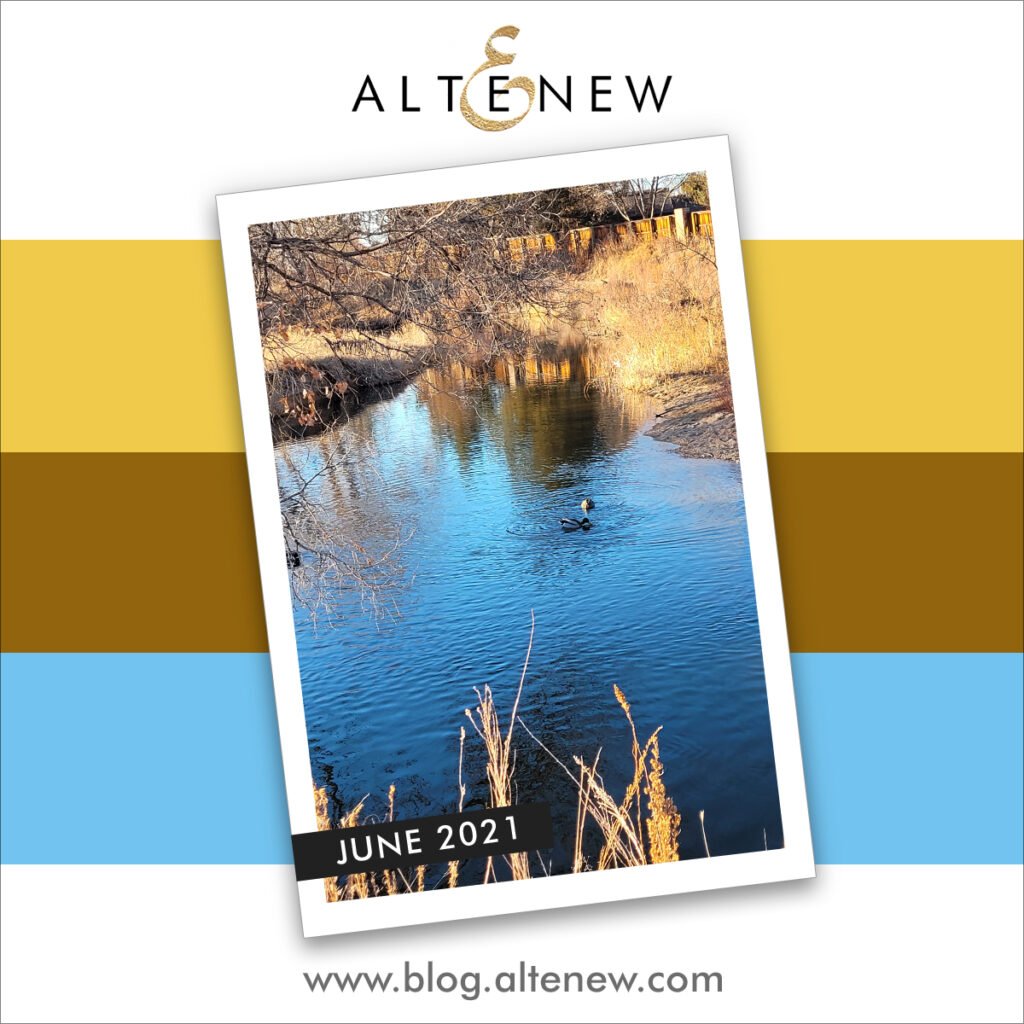 When I started thinking about the card, I knew that I wanted the background to feature the brown and yellow colors of the challenge, and then to use blue for the focal part of the card. I stamped  the Moroccan Mosaic in VersaFine Clair Ink in Acorn and then heat embossed with Ranger's h Holographic embossing powder. I then ink smooshed a variety of yellow and (to a lesser extent) brown watercolors mixed with a little water from Altenew's Watercolor Brush Markers and then poured some Nuvo Shimmer Powder in Solar Flare (for a little extra yellow-y sparkling goodness). I then sprayed a powder with a little more water and then set the whole thing aside to dry. 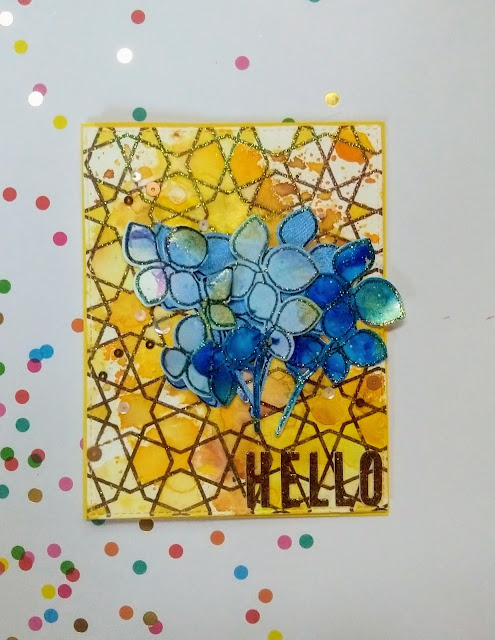 In the meantime, I worked on the images from my leaf canopy set. I pulled out some paper that I had created with alcohol inks or my gel press that were light blue or a variety of blues. I stamped each one with the smallest outline stamp from the set with some Twilight VersaFine Clair and then used more of the Holographic embossing powder to create 5 branches"--two in paper from the gel press and three alcohol inked paper. I liked the way that some of the Yupo paper curled when I heat embossed because it adds a little dimension. 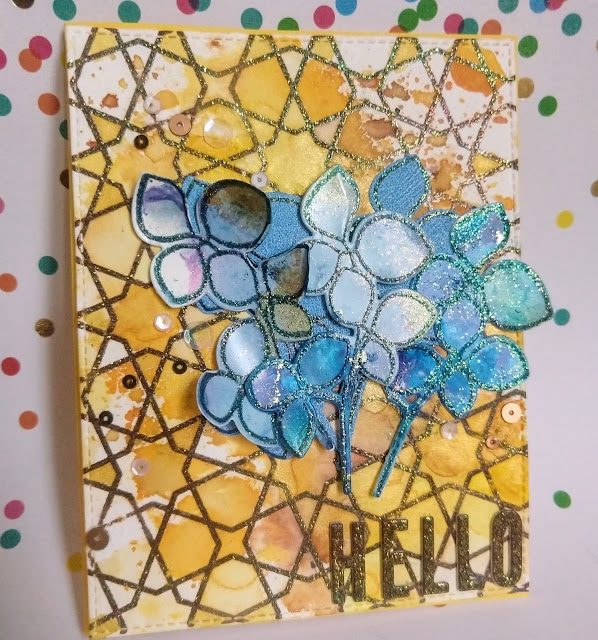 To assemble the card, I used some liquid glue to affix the two gel pressed branches to the card, and then the two outside branches on the top layer. The central branch was affixed with some Altenew Instant Dimension Foam Tape, which I recently purchased and really like! (It is much easier to cut than the previous foam tape that I used and does seem to forgive small tweaks and movement after I have placed it--both really great things!) Then I the sentiment to the bottom right of the card with some more liquid glue. Finally, I added some clear and copper sequins from Catherine Pooler's Cincinnati sequin mix.